It has been narrated from Aba Abdillah [Imam Ja’far Ibn Muhammad as-Sadiq] (peace be upon him) that he said, “Those who perform Hajj and the Umrah are the guests of Allah. If they ask Him for something, He will grant it to them; if they call upon Him then He will answer them; if they intercede (for others), their intercession will be accepted; if they remain quiet, then He will begin to speak to them; for every dirham which they spend (in their trip to Hajj), they will receive one million dirhams in return.”

As an adornment for those precious guests of Allah SWT and also by realizing the importance of the Kit during the journey of Hajj, UNIPRO decided to sponsor medical kit for brothers and sisters going for Hajj this year and 273 Medical Kits has been distributed to Haaji’s along with a Dua book to assist them in pleasing Allah SWT with pleasant words during Hajj. May Allah SWT accept the Hajj of all who are performing Hajj this year. 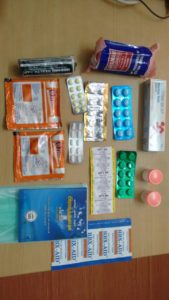 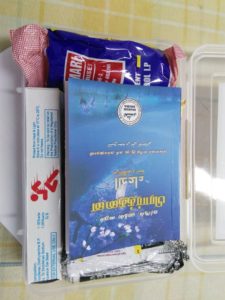